The electronic control unit (ECU) incorporated in the system is triggered by the ignition circuit and sends impulses to the injectors, which operate simultaneously and inject fuel in the vicinity of the inlet valves. The ECU is provided with sensors to determine engine temperature, speed and load, and the quantity of air entering the engine.

Two types of Motronic engine management systems have been fitted to the Citroën BX 16valve their model applications being as follows:

Operation of these system types is fully explained in the Fuel Injection page the main components of the ignition function of each system type being as follows:
The following sensors supply the ECU with information:

The following sensors supply the ECU with information: 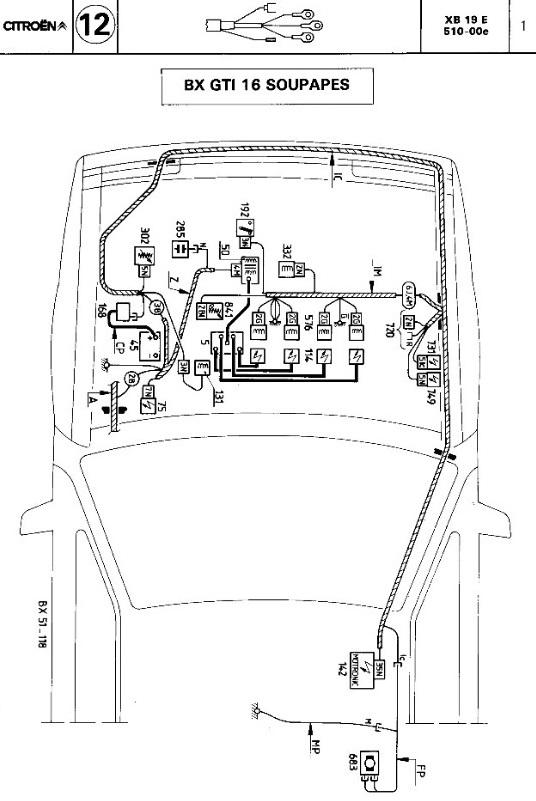 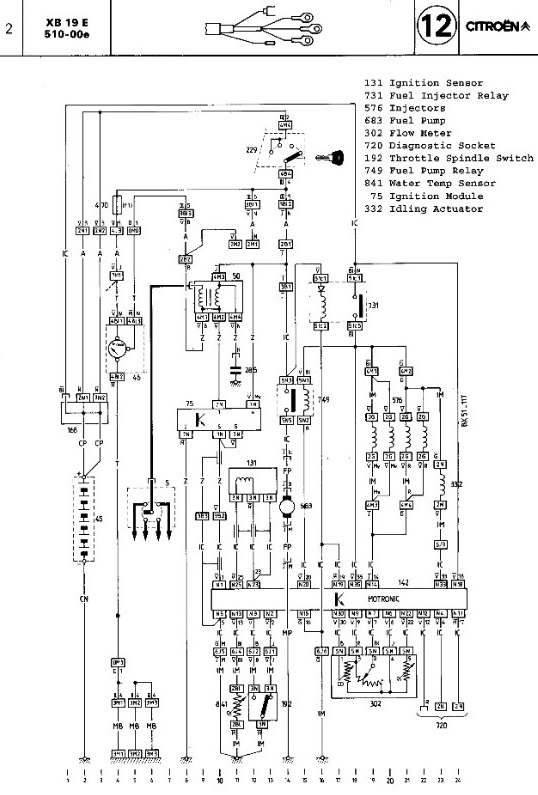